American rapper Quavo has reportedly taken back the Bentley he bought for his ex-girlfriend and rapper Saweetie after she annouced their breakup on Twitter. 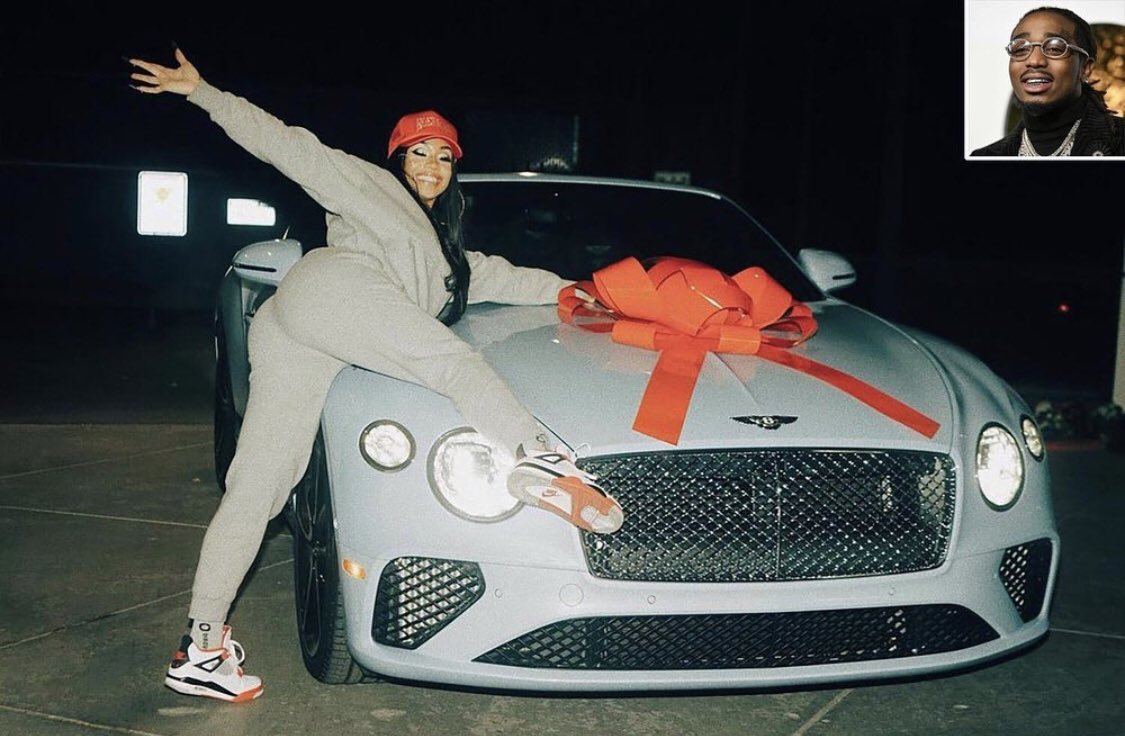 MTO News spoke to a person close to the Migos star who said that Quavo had taken back the 2021 Bentley convertible.

The source who is close to Quavo while confirming and stated: “Quavo is not a dummy – the Bentley was not in their name.”

The source claims the Bentley was “leased” in Quavo’s name. The Migos rapper had a contract with the dealer, that if he could end the rental contract early for a fee, the dealer would repossess the car and let him out of the contract.

According to his friend, that’s exactly what Quavo did.

“He’s not being petty or anything, but she’s on Twitter and talking s**t. So he took the car back.” the insider finishes.

Also read:
–I’m Disappointed In You- Quavo Reacts After Saweetie Announces Their Split On Twitter
–Jennifer Lopez And Alex Rodriquez Reportedly Split After Two Years Of Engagement
–Ben Affleck Split From Girlfriend Anna De Armas After One Year Together

Saweetie, 27, on Friday, March 19th, had announced “I’m single” on Twitter, going public with the breakup.

The “ICY GRL” rapper real name Diamonté Harper also added she’d “emotionally checked out a long time ago” and is “excited for this new chapter of elevation”.

“I know you want to make this into a show so I’ll play my part just this one time,” he wrote on Twitter. “I don’t normally put my business out there, especially my personal life, i feel the need to address this so there are no false narratives.”

He added: “I had love for you and disappointed you did all that. You are not the woman I thought you were. I wish you nothing but the best”

Saweetie replied with a “take care”.

Check out reactions to the Quavo-Saweetie saga

Quavo: Lord F, I have sinned, how do I make atonement for my sins.

All the way from idumota?

I love the fact Quavo collected his Bentley back, Saweetie should soar higher with her barefoot.

Quavo took back his bentley

All You Should Know About Autism: Types, Symptoms And Treatments

Take A Look At The Top Games Released In March 2019