Nigerian afrobeats superstar Wizkid has received his statuette from the Grammy Academy.

The singer won in the Best Music Video category for his role in Beyoncé’s “Brown Skin Girl”, from “Lion King: The Gift album” at the 63rd Grammys which held in March 14th, 2021. 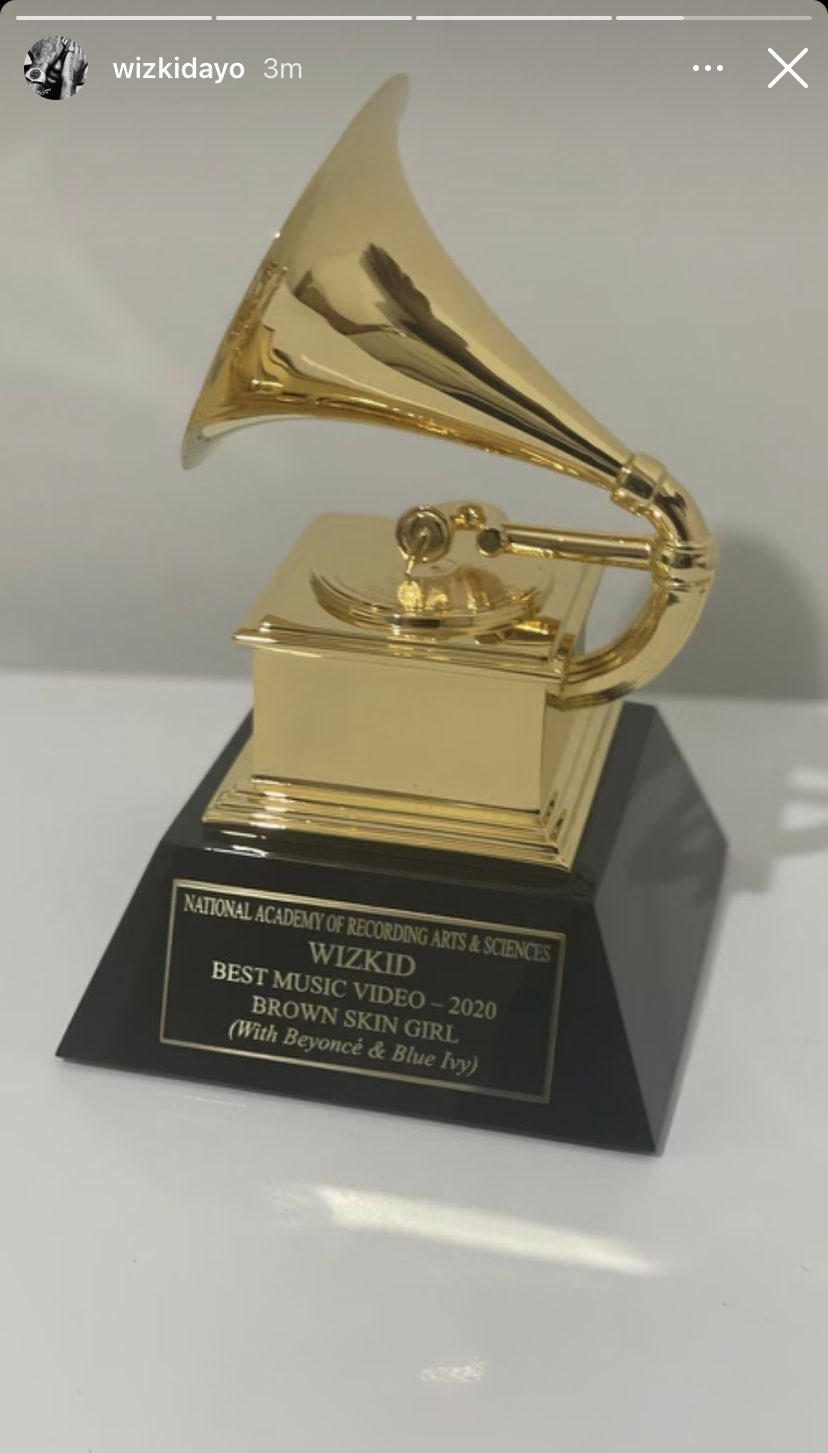 Wizkid posted a photo of the statuette on his Instagram stories making him the second Nigerian artist to receive a statuette from the academy after Burna Boy.

Wizkid got his Grammy statuette for this collaboration as the rule provides that the artist — or artists—- get a gramophone each for their work. Saint Jhn, Blue Ivy, and the video director Jenn Nkiru will get statuettes each.

Apparently, there had been speculations that Wizkid may not receive a statuette given it was not his song but a collaboration. But the delivery of the ostentatious gramophone to the artiste has sent Nigerian Twitter berserk.

Here are some of the reactions

“Wizkid is not Getting a Grammy plaque” come outside iya yin pic.twitter.com/Vtn8eDIKT4

Let it be known that StarBoy Wizkid aka BIG Wiz is the first Afrobeats Artiste to win a Grammy Award. e Choke! pic.twitter.com/X4DlnBgOmw

“Wizkid is not Getting a Grammy plaque” come outside iya yin pic.twitter.com/Vtn8eDIKT4