Telegram’s newest version 8.0 of its app adds uncapped streaming to its videos. The app now allows unlimited stream viewing. A gigantic increase from its previous 1,000 viewers limit. Currently available for both iOS and Android platforms.

There’s now a new feature that allows users swift jump to the next unread channel, without going back to their chat list. Simply pulling up your screen leads to the next active channel.  Also included in the update is a “choosing a sticker” status at the top of the chat when you searching a response as “typing” or “recording a message”.

Users can now hide the sender’s name or hide captions on media messages, including Gifs and Stickers. Let’s say you mistakenly sent a message to the wrong recipient, you can change the recipient. 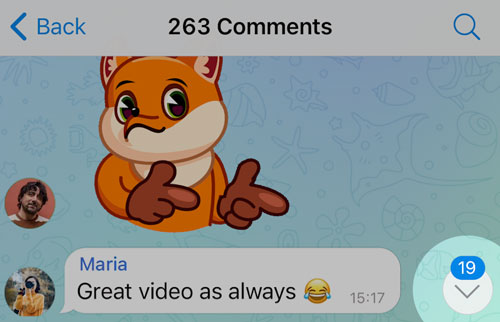 Previously, Telegram increased its group video call viewers to 1,000. The company announced via its blog, upgrading its video messaging to 2.0 and different Video Playback speeds.

Its Group video calls now allow up to 30 users to broadcast video from their camera and screen.  Telegram made a bold promise, “We will keep increasing this limit until all humans on Earth can join one group call and watch us yodel in celebration (coming soon).”

The company only had group video calls in June, its video messages 2.0 allows users to have a higher resolution and expands. In the telegram app, the media player now supports 0.5x, 1.5x, and 2x playbacks.

Telegram has been actively updating its app, not so long has it added a video call option and now it’s allowing an infinite stream option. Giving the likes of Zoom, Microsoft Teams, and Google Meet a run for their money.