Review: Netflix’s “I Care A Lot” Highlights The World Of Predatory Guardians

“I Care A Lot”, Netflix’s new film starring Rosamund Pike, has recently garnered a lot of excitement.  “I Care a Lot” follows con artist Marla Grayson (Rosamund Pike). Marla makes her living using the legal system to essentially kidnap the elderly and put them in a nursing home. She then sells off all their assets for her own profit.

Her sophisticated scam gig takes a wrong turn when she takes in Jennifer Peterson (Dianne Wiest). Unknown to her, Jennifer is the mother of Russian mob boss Roman Lunyov (Peter Dinklage). Marla is in a deep mess, and would not back down while describing herself as a “lioness”. She fights for her life and business in the face of threats and murder attempts. 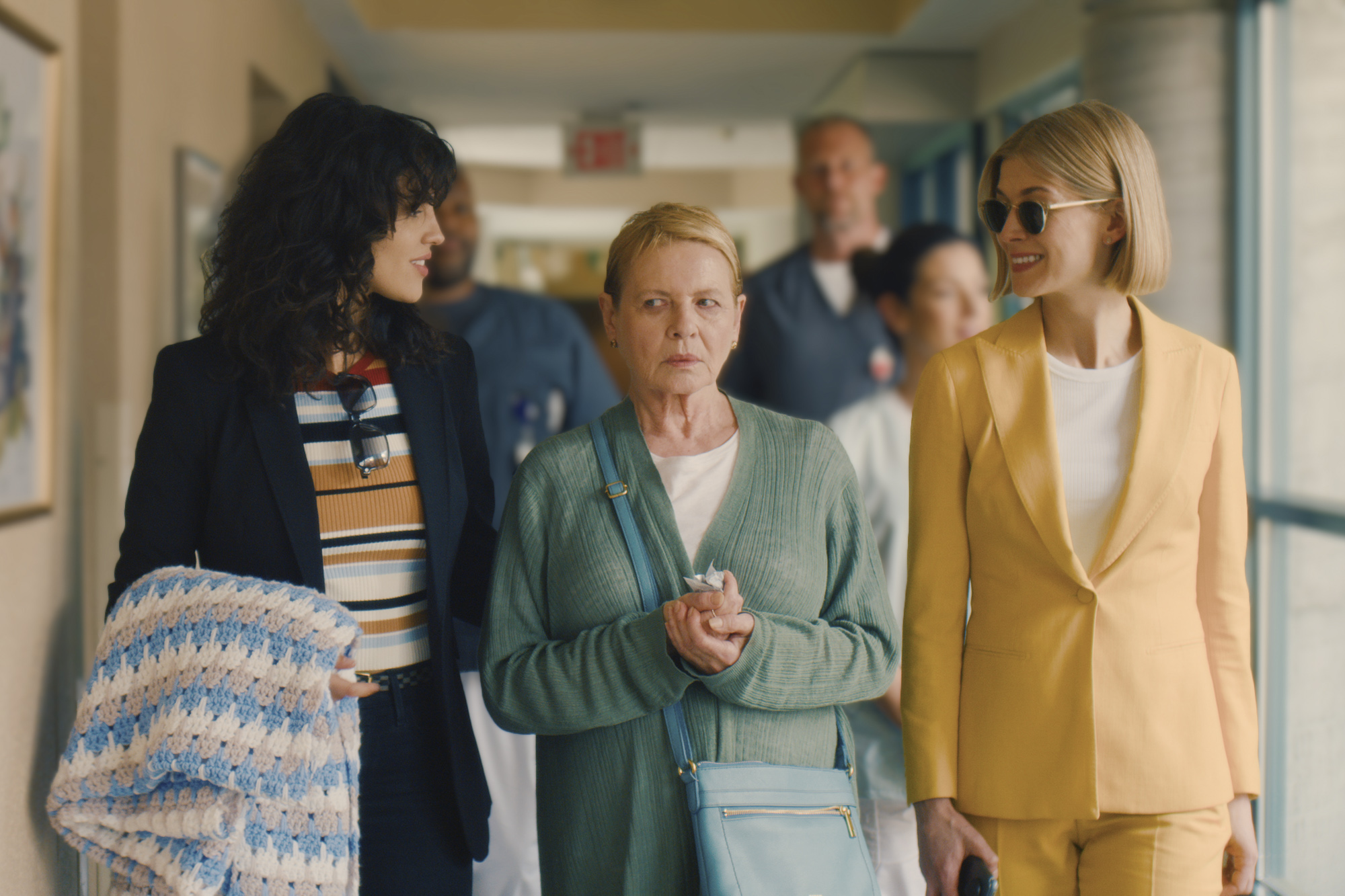 Also read:
– A Notorious BIG Documentary “Biggie: I Got A Story To Tell” Is Coming To Netflix (Trailer)
– Bridgerton Is Netflix’s Biggest Show Ever With 82 Million Streams Globally
– Popular British Actor Ronald Pickup Dies At 80 After Long Illness

With her razor-sharp blonde bob, monochromatic suits, Marla is a woman driven by cold, hard ambition. In her opening voiceover, she justifies her scam: “Playing fair is a joke invented by rich people to keep the rest of us poor.”

During a court hearing at the film’s start, she argues in a persuasive fashion that she can more accurately assess what’s in the best interest of her clients. This is because she has no skin in the game, unlike family members who are fraught with emotional baggage and financial expectations.

“I Care a Lot” is presently on Netflix’s top 10. This is a big accomplishment for a non-franchise original film from the streaming service.