Here Are Eleven Of The Most Anticipated 2021 Films

A host of highly anticipated films were pushed back to 2021. The films range from adventure blockbusters such as “Black Widow” and “No Time to Die” to the sci-fi epic “Dune,”.

2021 film experience will be more exciting than 2020s from all indications. Cinemas are looking forward to reopening their doors with coronavirus vaccinations rolling out, allowing film lovers to see previously delayed releases and new films.

The year also promises the release of long-awaited sequels, such as “A Quiet Place Part II”, the “Minions: The Rise of Gru”. We also anticipate “Space Jam: A New Legacy” starring NBA superstar LeBron James.

There is Lin-Manuel Miranda’s musical “In the Heights,” featuring a primarily Latinx cast for Broadway audiences. With the live-action “Cruella,” starring Emma Stone in the classic part, Disney fans are beside themselves in excitement.

Here Are Some Highly-Anticipated films of 2021:

Pete ‘Maverick’ Mitchell (Tom Cruise) returns 35 years after the original blockbuster to tackle his past after completing years of service as one of the elite aviators of the Navy and preparing a new squad of recruits for a life-threatening mission. Jennifer Connelly, Jean Louisa Kelly, Val Kilmer, and Miles Teller are co-stars in this Joseph Kosinski-directed action thriller. Joseph Kosinski’s films are a must-watch. Here, watch the trailer here.

We get to see Emily Blunt, Millicent Simmonds, and Noah Jupe once again play roles in “A Quiet Place Part II”. They remain mute and evade dangerous monsters in a dystopian future. John Krasinski returned to direct the sequel in spite of his character’s downfall in the first movie. Amongst films highly anticipated, ‘A quiet place’ tops my chart.

Once again, this ninth episode of the iconic action franchise follows Dominic Toretto, played by Vin Diesel, whose crew and family members combine forces to fight against one of the most professional killers and high-performance drivers in the world, John Cena. John Cena plays Jakob, an estranged brother to Dominic Toretto. The new film also sees the return of Han Lue, a long-dead character considered to be a fan favorite. Watch the film trailer here.

Minions: The Rise Of Gru

Next on the list of anticipated films is “Minions.” The latest installment from Minions franchise by director Kyle Balda will trace the villainous origins of its lovable antihero, Gru. Taraji P. Henson, Russell Brand, Julie Andrews, Michelle Yeoh, and Steve Carell are all involved in the voice cast. Watch the film trailer here.

No Time To Die

Bond’s retirement in Jamaica is cut short in the 25th film in the James Bond franchise, starring Daniel Craig in what is probably his last tour as the famous spy, when an old friend, Felix Leiter (Jeffrey Wright), comes looking for help. 007’s quest to recover an abducted scientist places him on a collision course with an enigmatic masked villain armed with deadly technology, Safin (Rami Malek).

In this long-awaited sequel to the 1988 film, Eddie Murphy is back as Prince Akeem. Prince Akeem is set to become King of Zamuda when he learns he has a son in America. The sequel is directed by Craig Brewer from a script written by Kenya Barris, Barry W. Blaustein, and David Sheffield (Jermaine Fowler).

Finally, Scarlett Johansson has a standalone Black Widow film. After 2016’s “Captain America: Civil War,” the long-awaited Marvel film, also starring David Harbour, Florence Pugh, and O-T Fagbenle is set. It will see Natasha Romanoff on the run and compelled to face her past as a spy long before she became an Avenger.

A crossover sequel to “Godzilla: King of the Monsters” and “Kong: Skull Island” will see the legendary monsters face off in an epic war for the ages, set to premiere on both HBO Max and in theaters, as mankind hopes to wipe out both of them in order to win back the world.

Tom Hardy is back as the original Spider-Man villain, preparing to take on Woody Harrelson’s superpowered serial killer, Carnage this time. The sequel, which fans speculate would lead up to further Marvel crossovers down the line, is directed by Andy Serkis.

The long-awaited Denis Villeneuve reboot of the sci-fi classic stars Timothée Chalamet will be premiering on both HBO Max and in theaters. A young duke named Paul Atreides will lead a battle to control the desert planet Arrakis. Rounding out the star-studded cast are Zendaya, Oscar Isaac, Rebecca Ferguson, Dave Bautista, Jason Momoa, and Javier Bardem. Here, watch the film trailer. 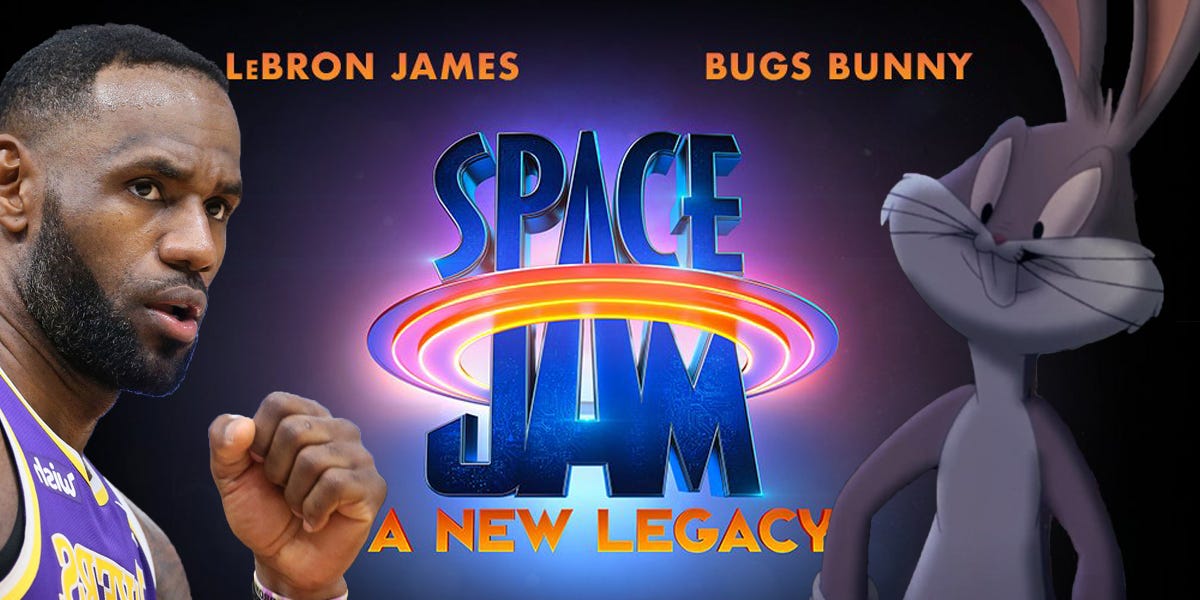 Lebron James in a new sequel to Space Jam

In this long-awaited sequel to the 1996 classic, which debuts on HBO Max and in theaters, NBA superstar LeBron James teams up with Bugs Bunny and the rest of the Looney Tunes gang. Space jam becomes part of an upcoming American live-action/animated 2021 film. Sonequa Martin-Green, Don Cheadle, and NBA stars such as Klay Thompson, Chris Paul, will star in this family comedy, directed by Malcolm D. Lee.

Venice Film Festival 2019: All The Films Vying For The Golden Lion

Hollywood Uses Artificial Intelligence To Decide What Films To Make