Nigerian star comedian Bright Okpocha aka Basketmouth has spoken in detail about what went wrong with his relationship with fellow comedian Ayo Makun aka AY. 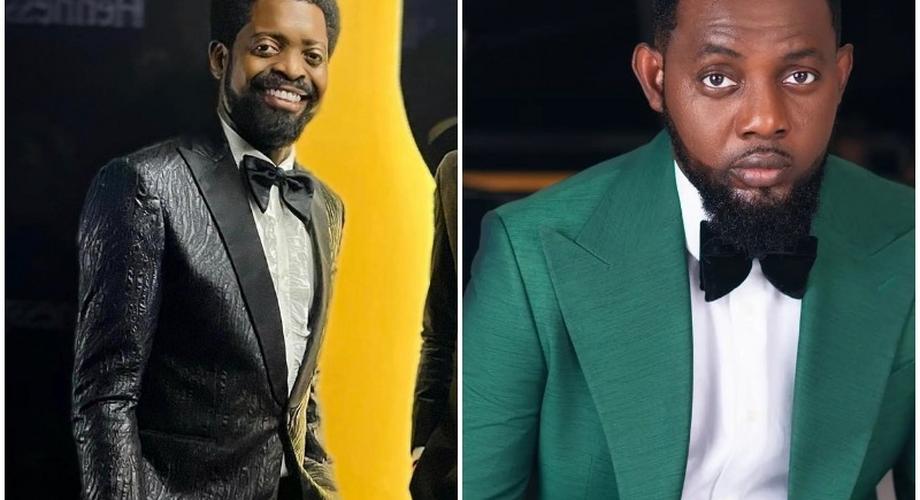 In the second part of his ‘Black Box Interview’ with TV host Ebuka Obi-Uchendu, Basketmouth, said the rift with AY has since been settled.

Revealing the cause of their feud, Basketmouth said AY revealed to a third party what he told him in confidence.

“I’m not competitive. I did 23 years years of comedy first. Towards the end, I started moving away. After comedy, I decided I was going to do TV, then online. Doing online, the opportunity for music came, so I did it.

I left the online sitcom and went into music fully. From music, I’ll now go into movies, with my first film to come in November 2021. From there, I’ll go back to standup comedy. If I had a competition, I won’t be moving!

I’d have stayed where the competition is. I still do standup comedy but not with great energy because I’m targeting all-round entertainment now. My competition is me. There’s nothing between AY and I.

He came into my space; messed with loyalty by saying something to my lawyer Magnus that I told him in private. It was nothing but it was enough to cause a rift and have me put up the walls. We made peace and he apologised. I have no single problem with AY as claimed. We don’t talk.”

“I never snatched Bovi from AY”

Basketmouth denied claims that he lured Bovi away from any potential business deal he could have had with AY.

“Bovi and I went to Abuja. He performed. I was blown away. When he was done, we talked about what he could do better. We’d been friends but that was the first I saw him perform, didn’t know any background story,” he said.

“I proposed that we do business together and we clicked. I was already hearing claims before and after the settled rift with AY. These things only linger. But I hope AY considers me a friend. When the rift happened, I told him.

He had invited me to his show once. The first one he did, I couldn’t attend although I was meant to perform. But I heard that the fact that I didn’t perform hurt him. He didn’t tell me, so I don’t know. I couldn’t ask him too.”

“That I didn’t invite you for my gigs doesn’t mean anything because there are many others I didn’t invite. Because we don’t work together, there are certain things I could miss. Work gets in the way. You have oversights and stuff.

I respect AY’s hustle and support it like everyone’s. But that’s it. There is this friend of mine I grew up with like a brother. He messed up. You can’t get that relationship back because I just can’t trust you that way again.” He added.

“No feud with Bovi too”

Basketmouth, 43, said he’s still scared of what the future of comedy holds for him, despite his many successes. He also cleared the air on not having worked with Bovi in recent times by saying they both got busy in the “hustle”.

“I hadn’t worked with Bovi in a while, so I called in 2020, proposing a skit. We’re all hustling. Bovi stepped into a new world and got busy. He might not have my time. I heard stories that we had a feud,” Basketmouth added.

“Before his movie premiere, there was a miscommunication with those promoting it. We spoke of it. I think I messed up there because I should have posted it. If people understand how I function, they won’t claim I have a feud.

Guys, time is not on my side. I’m running a race. I’m 43 and I’ll be 50 in seven years. It scares me. We’re living in a world where tech is taking over. There was a time standup comedy was the thing. But when last did you attend one?

This is the time for me to create things and you think my business is with another man’s hustle? No! I released an album and it did barely 20 million streams. It was poor pushing and distribution.

My concern is increasing my audience, not feuds. How do I make viewers follow religiously? I have a film coming, a special coming next year ‘The Voices In My Head’, a sitcom coming to TV, another album. These I worry about.”