Amanda Gorman recently emerged as the youngest Inaugural Poet in U.S. history. The 22-year-old from Los Angeles, California performed her poem “The Hill We Climb” at the Joe Biden/ Kamala Harris inauguration on Wednesday 20th January. 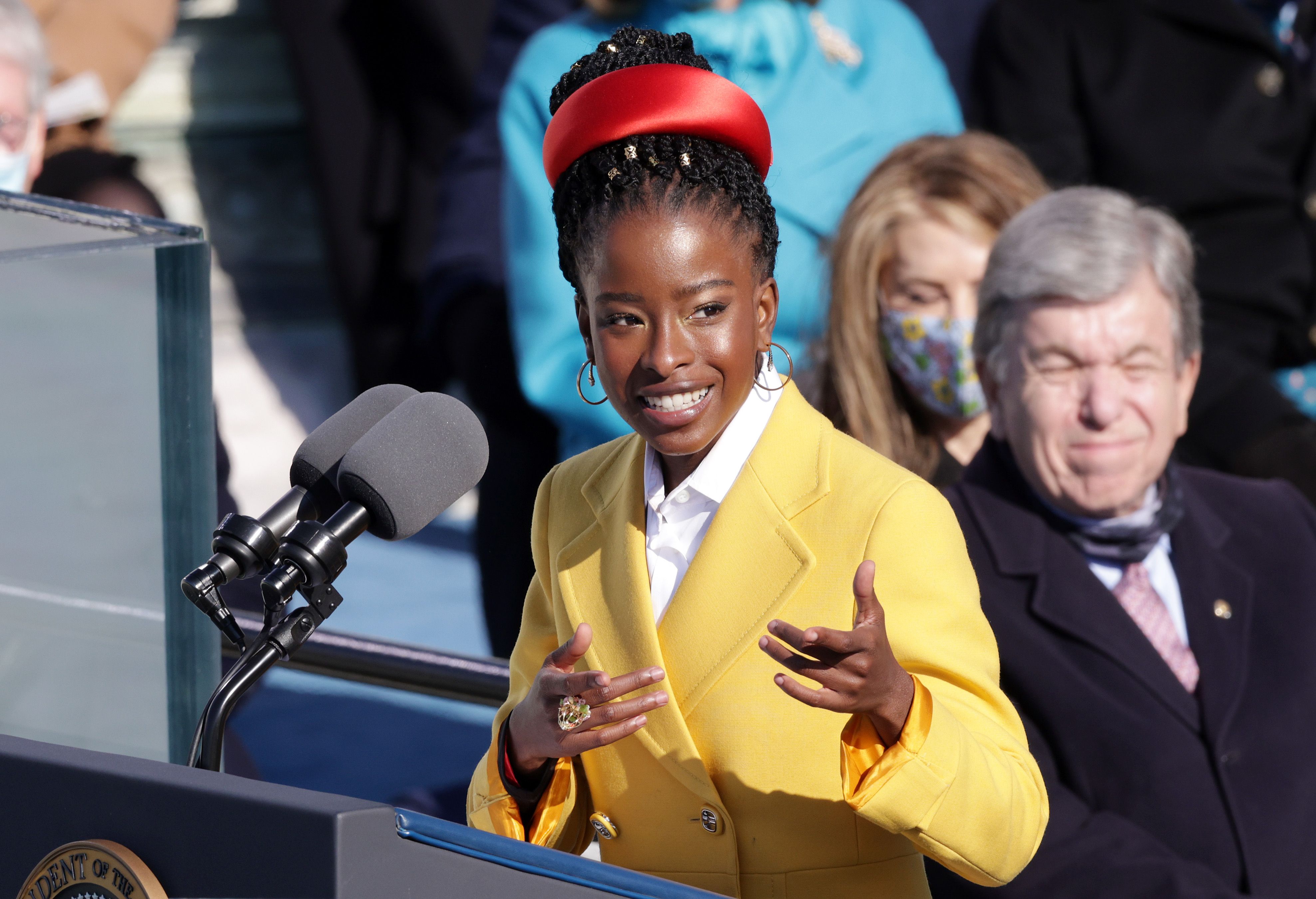 Below are five things you should know about the young poet.

1. Gorman turned to poetry to cope with a speech impediment

Born and raised in Los Angeles, Gorman fell in love with poetry after hearing her teacher read Ray Bradbury’s “Dandelion Wine” to the class. She then turned to writing to cope with her speech impediment. Similar to how President Biden had a stutter growing up, Gorman had difficulty pronouncing certain sounds.

“I don’t look at my disability as a weakness. It’s made me the performer that I am and the storyteller that I strive to be. When you have to teach yourself how to say sounds, when you have to be highly concerned about pronunciation, it gives you a certain awareness of sonics, of the auditory experience.” she told the Los Angeles Times.

2. The poet laureate participated in a popular mentoring program in L.A 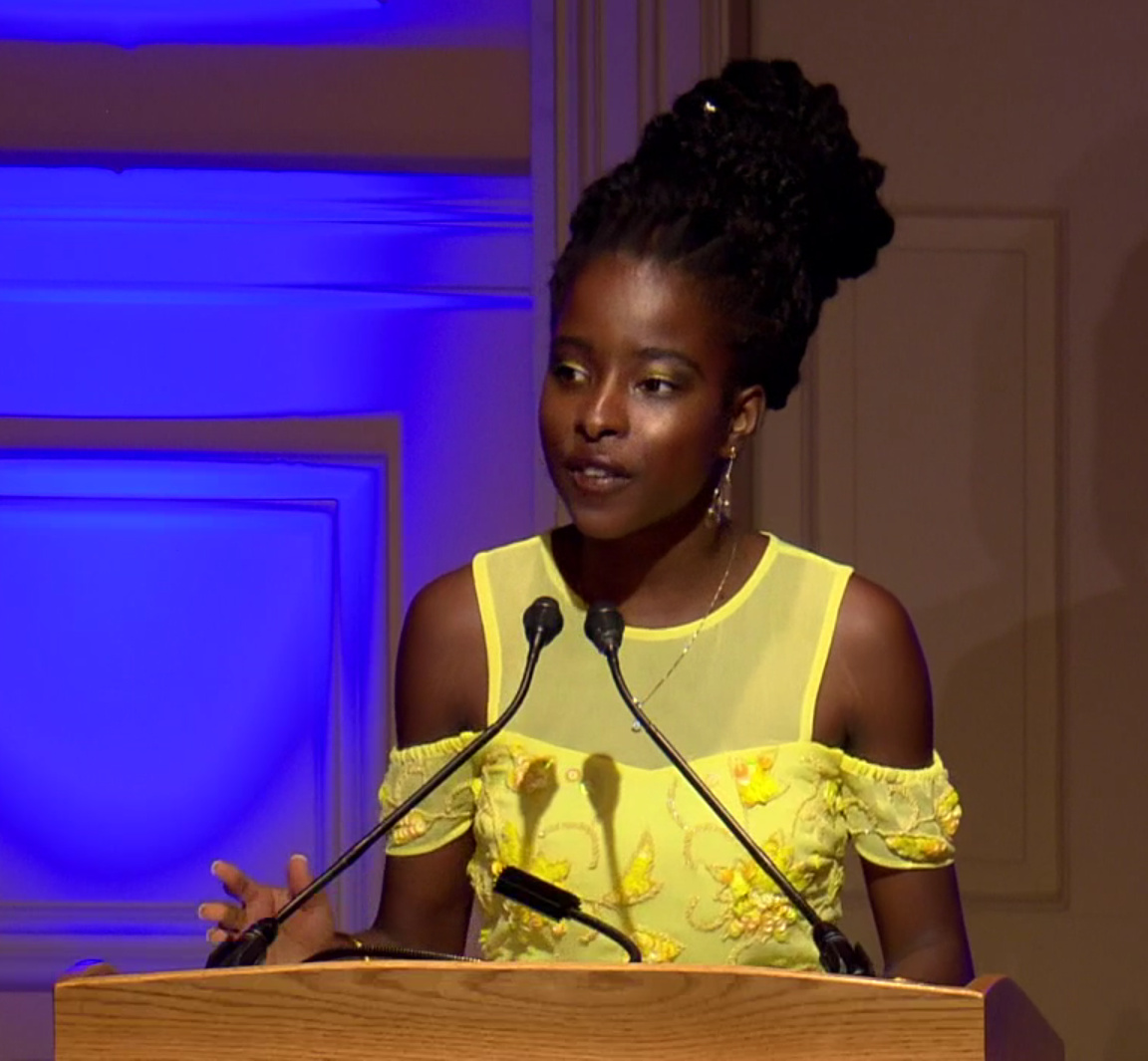 At age 14, Gorman joined WriteGirl, a nonprofit organization in Los Angeles that promotes creativity and self-expression to empower girls. She attended their monthly creative writing workshops and working one-on-one with writing mentors.

“WriteGirl has been pivotal in my life. It’s been thanks to their support that I’ve been able to chase my dreams as a writer. Special shout-out to my former mentors Michelle and Dinah. Couldn’t have gotten here without you!” Gorman told NBC

WriteGirl Executive Director Keren Taylor noted that she had “no doubt Amanda’s messages of hope, unity, and justice will help us all heal and move forward.”

3. Gorman Has a Track Record of Being a Celebrated Trailblazer

Gorman has already been a trailblazer not once but twice. When she was 16, she was named the first-ever Los Angeles Youth Poet Laureate. The New York Times reports that Gorman was inspired by a speech that Malala Yousafzai, the Pakistani activist and Nobel Prize laureate gave in 2013 to become a youth delegate for the United Nations. “It really opened my eyes to the possibilities of what I could accomplish. Once little girls can see it, little girls can be it. Because they can be anything that they want, but that representation to make the dream exist in the first place is huge even for me” she said.

Soon after, in 2015 she published her first poetry collection, “The One for Whom Food Is Not Enough.” Then, in 2017, when she was 19 and a sophomore at Harvard University, she became the first-ever National Youth Poet Laureate. At the time, the Times noted that “her poetry is a clear-eyed mix of autobiography, social issues like Islamophobia, and historical motifs picked up from her college’s library.” Gorman said of her work, “I want to create poems that stand the test of time and counter the fragmented news culture of today.”

Also read:
– From Michelle Obama To Bernie Sanders, Here Are Some Of The Best Memes 2021 American Presidential Inauguration Gave Us
– “Totally Unexpected, But We’re So Excited!”- Cassie Opens Up On Second Pregnancy
– Caitlyn Jenner Reveals The Qualities That Attracted Her To Kris Jenner

4. The Poet Has Two Books Forthcoming

5. She Plans to Run for President

Amanda Gorman is also the first person to announce her intention to run for president in 2036. She told the L.A. Times that Vice President Harris reinvigorated her plans.

“There’s no denying that a victory for her is a victory for all of us who would like to see ourselves represented as women of colour in office. It makes it more imaginable. Once little girls can see it, little girls can be it. Because they can be anything that they want, but that representation to make the dream exist in the first place is huge even for me”. she told the newspaper

Watch Amanda Gorman’s recitation of “The Hill We Climb” below

From Michelle Obama To Bernie Sanders, Here Are Some Of The Best Memes 2021 American Presidential Inauguration Gave Us

US Vice-president elect Kamala Harris is the cover star on Vogue's February issue. For the covers