V*ginal bump can be a nightmare for women who go on Google to search for reasons for its appearance on your labia (the part of the vulva known as the lips) and the general genital region near their v*gina.

The various types of bumps often have different symptoms and appearances. Alyssa Dweck, M.D., assistant clinical professor of obstetrics at Mount Sinai School of Medicine and co-author of “The Complete A to Z For Your V”,  explains the much more believable origins of v*ginal bump on your labia or other lady parts, and what you can do to treat it.

1. You have a Bartholin’s cyst

Bartholin’s glands secrete mucus that helps lubricate the v*gina says Dweck. Sometimes these glands become blocked or infected, leading to v*ginal bumps that can get pretty big. What’s inside of them differs. Sometimes they leak a clear, mucus-like liquid, other times they weep pus, and in some instances they’re not filled with fluid at all, says Dweck. These cysts can be painful, but if they’re small and not infected, you may not even notice them. That said, if a cyst gets bigger, you might feel it alongside the opening of your vagina( it’ll usually only be on one side), according to the Mayo Clinic. The good news is that these cysts sometimes go away on their own if you treat them with warm water for a few days. But if the cyst becomes tender and painful, you’re having trouble sitting or walking correctly, you’re experiencing pain during s*x, or you have a fever, make an appointment with your gynaecologist. They can drain it for you or prescribe antibiotics.

2. You have bumps because of your hair removal method

“Shaving, waxing, and whatnot can cause an infection in some of the small hair follicles around the vulva, which can create v*ginal bump and lumps,” says Dweck. These infections can make themselves known with anything from rash-like razor burn to a boil full of pus. These grooming-inflicted v*ginal bump usually go away on their own, as long as you take a break from shaving or waxing for a week or two. To lessen the likelihood of hair removal–induced irritation, Dweck recommends swapping out your razors frequently, shaving in the direction of your pubic hair, and using something like shaving cream to elevate the hair off the skin and reduce the chance of nicks. You can also try changing your method, either from shaving to waxing or vice versa. And if you’re still prone to getting these bumps, you can apply an antibiotic ointment like Neosporin after shaving to ward off infection-causing bacteria.

3. You have a sebaceous cyst 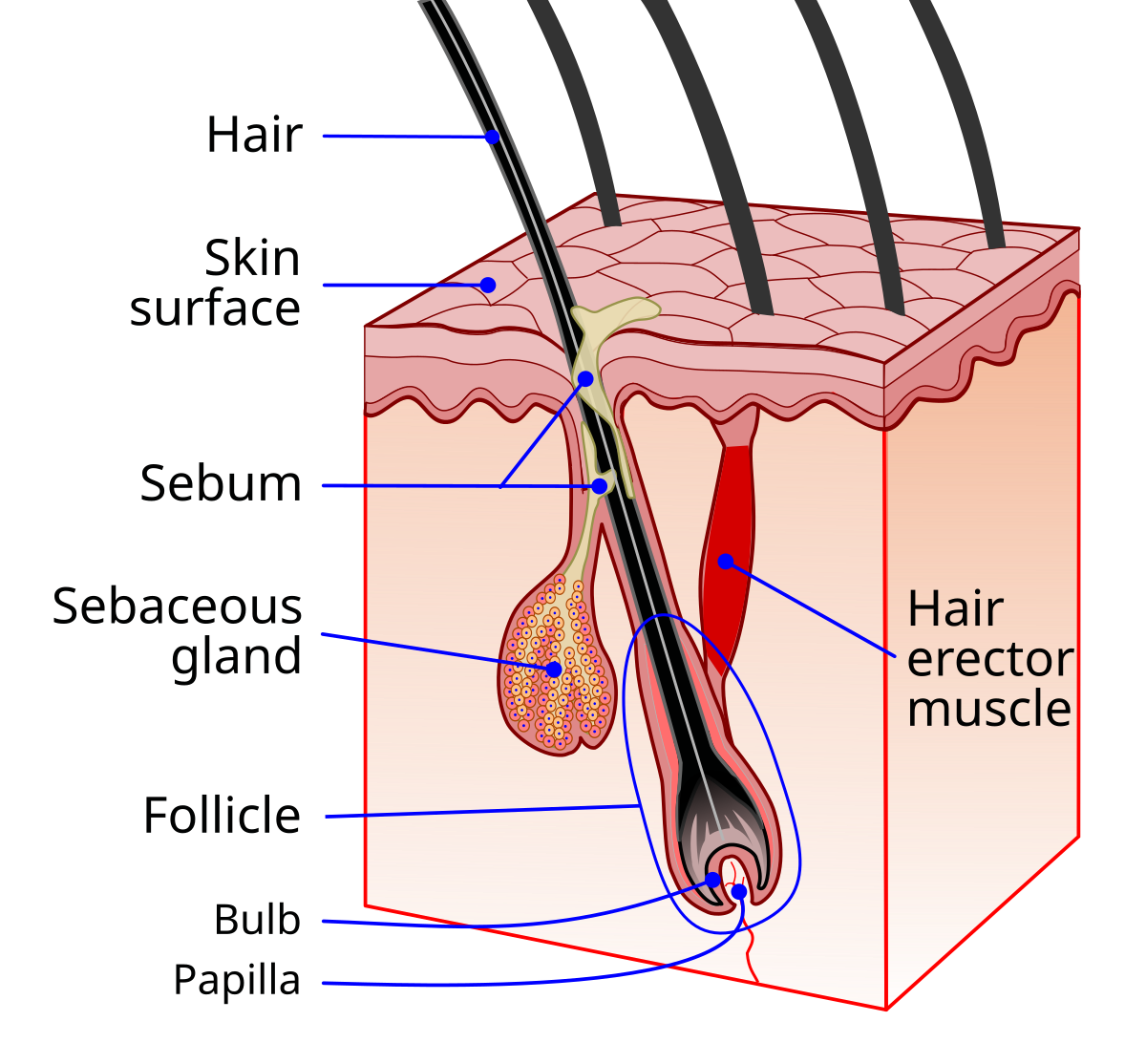 These v*ginal bumps are actually quite harmless. “Sebaceous cysts are benign, usually superficial lumps that can occur anywhere on the vulva and often show up as a bump on the labia,” says Dweck. “They typically have a white hue, can be solitary or multiple, and often go away on their own.” They also don’t usually hurt, which is why most women find them while doing something like showering instead of investigating the source of random pain, says Dweck. If it’s been a few weeks and the bump hasn’t subsided, feel free to check in with a doctor about it.

4. You have genital warts.

Human papilloma virus (HPV), the most common s*xually transmitted infection, can cause genital warts, which often manifest in a telltale way. “They have the appearance of a little piece of cauliflower, and many times you’ll have more than one,” says Dweck. But warts don’t always look like that. Sometimes, they’re flat instead of raised, according to the Centers for Disease Control and Prevention (CDC). You can have a strain of HPV that causes genital warts without any bumps showing up. You can also pass genital warts to a partner even if you don’t see any on yourself, according to Planned Parenthood. Genital warts can be contracted through skin-to-skin contact (think v*ginal, an*l, or oral s*x) with someone who has them. They’re actually pretty common and around 360,000 people get infected with them each year, according to Planned Parenthood. Although genital warts can go away on their own, seeing a doctor can get rid of them faster. “There are lots of treatments for warts. We can surgically remove them, use creams, and laser them,” says Dweck.

Also read:
-Different Colours Of V*ginal Discharge And What They Mean
-Endometrial Cancer: Symptoms, Causes, Diagnosis & Treatment
-The Human Papillomavirus (HPV) Vaccine Could Save You From These Cancers

5. You have genital herpes

More than one out of every six people aged 14 to 49 years old have it, according to the CDC. Tons of people don’t know they have genital herpes because it’s often asymptomatic. But when genital herpes does show up, it sometimes does so in the form of irritating bumps. “Herpes can cause blisters and little pustules. However, what usually brings someone with herpes into my office is the pain,” says Dweck. The blisters often look like little pimples on a red base, and they can be extremely uncomfortable. There’s no cure for herpes but seeing a doctor can help you figure out a plan of action. They might prescribe a medication that can prevent or shorten outbreaks and reduce the risk of you passing it on to your partner.

Sometimes, this s*xually transmitted infection presents as a painless chancre, or round, open sore on your genitals. “During a primary syphilis outbreak, it’s usually just one sore that’s about the size of a dime or smaller,” says Dweck. Since condoms don’t always protect against syphilis, it’s key to get tested regularly. The good news is that syphilis can usually be cured with medication as long as it’s treated early. If not, it can lead to serious problems like brain damage, paralysis, and blindness, according to Planned Parenthood. So get tested early and often.

7. You have molluscum contagiosum

Yes, there’s an STI out there that sounds like a Harry Potter spell. Even though you may have never heard of molluscum, you might have gotten this little known s*xually transmitted infection without realizing it. Although doctors sometimes see it in children, it can also be passed along by adults through s*xual contact. “If you have molluscum, multiple little red bumps with a crater in the middle may appear on the vulva,” says Dweck. They can be super tiny or as large as the bottom of a pencil eraser. They usually show up in adults whose immune systems are weak, according to the Mayo Clinic. Though the bumps usually disappear within a year without treatment, see your doctor to get rid of them sooner. They’ll likely prescribe medications or laser therapy.

This is the last option on the list because it’s the least likely and because you absolutely should not jump to this conclusion if you find a lump on your nether regions. “V*ginal cancer is very rare. Vulvar cancer is not as rare, but still uncommon and typically a disease of older women,” says Dweck. Both v*ginal and vulvar cancers don’t necessarily show symptoms. If they do, a bump is only one of the potential signs. Others include painful urination, bleeding, itching, and burning, according to the Mayo Clinic and American Cancer Society. Those are all reasons you’d want to see the doctor anyway, as they can be symptoms of various infections.

Doctors have also found the skin cancer melanoma on the vulva, says Dweck. In that case, the signs can be the same as melanoma on any other part of the body: a skin lesion that may or may not be raised, may or may not bleed, might have an irregular border, and might look different from other moles.

If you’re anxious about a bump or bumps on your privates, go see a doctor. If it is something that needs treatment, a doctor can walk you through your options.

Tears Of Joy: Here’s Why People Cry At Weddings

Film Lovers Get ready! Cinemas Are Returning On September 11