Dewy Oputa, daughter of controversial musician Charly Boy has clapped back at her father after he publicly declared support for her sexuality.

Dewy had first replied to his post on Instagram after he wrote he was proud of her regardless of her being gay.
She had written on under the post

“But just a few days ago 🤔… you know what never mind, we already did this in 2018. Imma let you post your lil content for your follows❣️,” she wrote.

After a few hours, she took to Twitter to post a series of tweets slamming her father for claiming to support her.
According to Dewy, Charlie Boy was only posturing as he neither speaks to her or takes her calls.

She wrote that he sent her out of their family home when she came out in 2017. She had to live off friends and struggle to put a roof over her head and clothes on her back.

“Gaslighting at its finest. ” She began her series of tweets. “It’s quite unfortunate that my life is nothing but content I just can’t wrap my head around the hypocrisy. All this for a drop of clout, attention and praise from strangers just to feed your ego.”

Gaslighting at its finest.
It’s quite unfortunate that my life is nothing but content I just can’t wrap my head around the hypocrisy. All this for a drop of clout,attention and praise from strangers just to feed your ego.

“Honestly, I was going to just free this situation because I’m used to this toxicity and mentally I’m tired but after seeing this i can’t stomach this pretentious behavior anymore because on a normal level this man no Dey even pick my call.”

“2017 I got kicked out of the house and was damn near homeless and if not for my friend I wouldn’t have even had food or Shelter!

Fortunately for me, I had a return ticket to come back to Atlanta, I moved back here with zero dollars not even knowing where I was going to live or where my next meal was going to come from!

I was literally living couch to couch and lord knows how tirelessly Iv worked so I could have my own stability!

You didn’t even know if your daughter was dead or alive anything could have happened to me.
But on social media you father of the year.  You have literally put Instant gratification from strangers before your own blood.” She finished.

Dewy also shared a screenshot of a WhatsApp message where her father Charlie Boy described her as useless, saying he’s better off without a child like her. 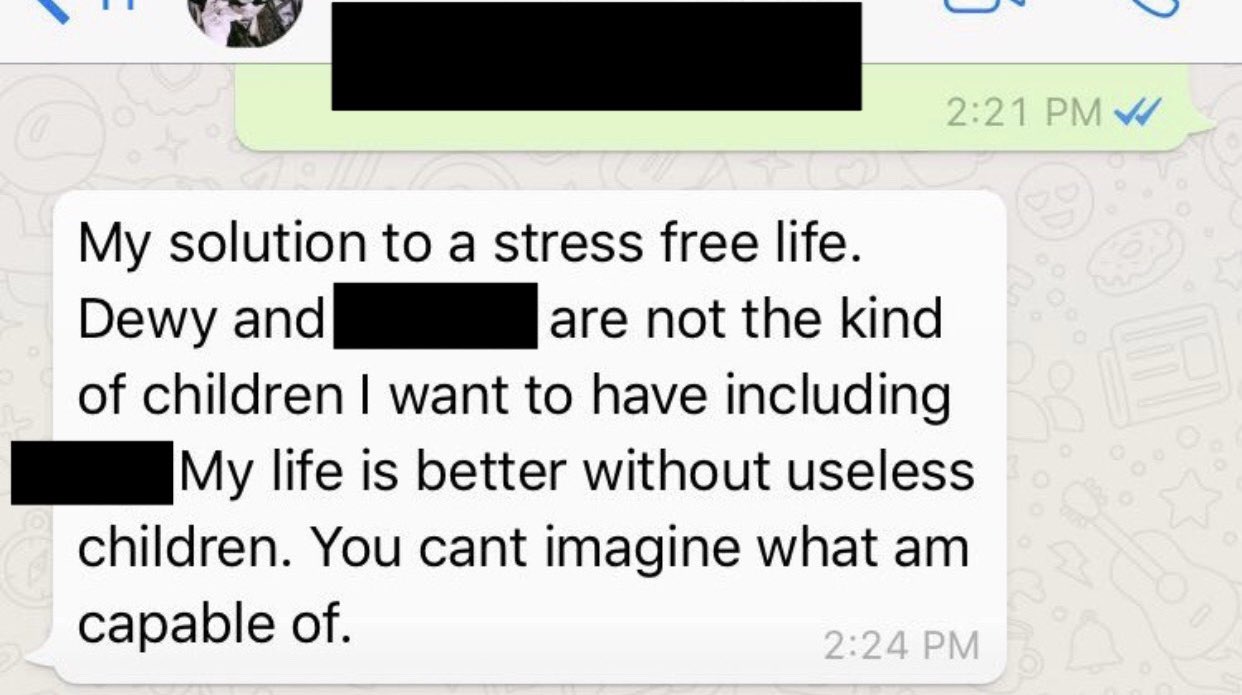 Charlie Boy on November 20th had taken to his social media pages to declare his acceptance of his daughter’s queerness. He shared that he’s proud of her saying the truth heals.

Dewy Oputa came out as gay in 2018 when she posted her female lover on her Instagram. Dewy based in Atlanta, Georgia has continued to flaunt her partner on her page sharing couples photos and cute notes. They recently celebrated three years together.